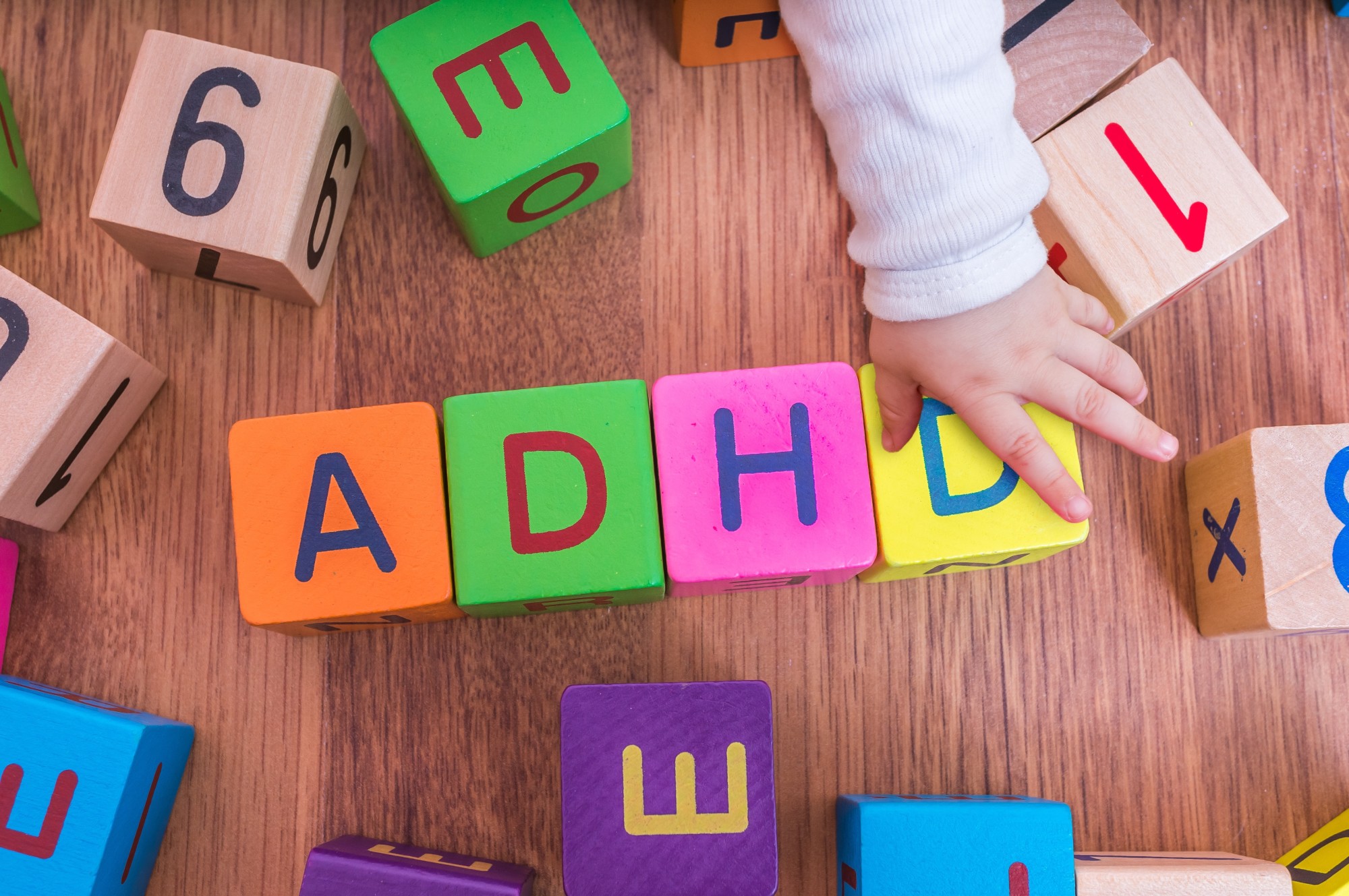 When you ask someone to describe a person with ADHD, chances are, they’ll describe someone similar to Dug from the Pixar movie Up. Or else, describe Tigger from Winnie the Pooh. These characters can provide a decent introduction to some common ADHD symptoms for children. However, they don’t paint the whole picture.

According to a survey conducted by the CDC in 2016, as much as nine and a half percent of the American child population has been diagnosed with ADHD. Almost one of every ten children receives a diagnosis. Yet, there are many common misconceptions regarding this mental health disorder.

For instance, there are many types of ADHD beyond the most obvious hyper characterization. Here’s what you need to know to understand more about this commonly misrepresented and misunderstood mental illness.

ADHD is the common abbreviation for Attention Deficit Hyperactivity Disorder. It’s a chronic mental health condition that most often gets diagnosed in children. However, many adults also deal with this condition and its symptoms.

ADHD can affect the way you retain memories, learn new information, and regulate your emotions and behaviors. The condition most often lasts for your entire life. However, the severity of your symptoms and the subtype of the condition may wax and wane over the years.

What Are the Types of ADHD?

Now that you understand ADHD as an overarching condition, let’s discuss the different types of ADHD. In general, ADHD gets divided into three main subcategories. These categories include:

While they all fall under the same umbrella, the treatments, presentation, and symptoms of each can vary widely. Below, we’ll discuss each of the three major subtypes, their symptoms, and treatments in greater detail.

Hyperactive-Impulsive type ADHD (sometimes shortened to Hyperactive ADHD) is the most recognizable type. It’s also the subtype of ADHD subject to the most controversy. Some claim it is over-diagnosed and over-treated in young schoolchildren for normal child behaviors.

What Are the Symptoms of Hyperactive-Impulsive ADHD?

Hyperactive-Impulsive ADHD has much more obvious symptoms than the other types of ADHD. This makes it easier to spot in children or young adults. In order to receive a diagnosis, the patient must show at least six of the nine following symptoms:

People with this type of ADHD will also often have poor impulse control, which in adults can translate to impulsive spending or eating. They often desire novelty. This can make maintaining long-term personal relationships difficult as well.

In addition to displaying six of the nine above-mentioned symptoms, they will also need to display few or none of the symptoms for inattentive ADHD. The disruption to living caused by these symptoms must also be medically apparent and significant.

How to Treat Hyperactive-Impulsive ADHD

There are many well-known methods to help treat Hyperactive ADHD, both pharmaceutical and non. Here are the most common methods used to treat this condition:

While Hyperactive ADHD is a lifelong condition, these treatment methods can help you manage your symptoms and improve your quality of life.

Inattentive ADHD was once known as ADD before the two separate diagnoses were combined and considered as subtypes of a larger disorder. Those with inattentive ADHD may show some symptoms of impulsivity or hyperactivity. However, they will most often display the disorder in other ways.

Inattentive ADHD is one of the harder types of ADHD to diagnose, as the behaviors it causes are not as readily apparent.

What Are the Symptoms of Inattentive ADHD?

As mentioned above, Inattentive-type ADHD tends to fly under the radar compared to Hyperactive-Impulsive ADHD. This is because its symptoms aren’t as obvious at a first glance. However, you may still receive a diagnosis for this condition if you display six of the nine following symptoms:

People with this type of ADHD can come across as daydreamers or flakes due to their memory issues. This can cause severe difficulties in both the professional and personal spheres.

In order to receive a diagnosis, a person must display six of the nine symptoms listed above for a long period of time and to such an extent that it disrupts their ability to live and work. They must also not showcase more than two of the symptoms associated with Hyperactive-Impulsive ADHD.

How to Treat Inattentive ADHD

Treating Inattentive ADHD uses many of the same tools as treating Hyperactive ADHD. Some of the most common treatment methods may include:

As with Hyperactive ADHD, Inattentive ADHD is a lifelong struggle. However, with the above treatment methods, you can begin managing your symptoms and improving the way you live.

Combined ADHD, as the name would suggest, is a presentation of the disorder that combines elements of both Hyperactive and Inattentive ADHD. Combined ADHD is by far the most common diagnosis nowadays. People don’t often fit neatly into the two original categories and can, at times, display symptoms of both subtypes.

What Are the Symptoms of Combined ADHD?

As you can imagine, someone with Combined ADHD may exhibit poor impulse control alongside a lack of focus. They may seem hyperactive as if constantly spurred on by a motor, while making many careless errors or not processing what they’ve been told.

In order to receive this diagnosis, you must have some combination of the eighteen symptoms from the two main types of ADHD. Your symptoms must also prove a significant disruption to your normal life.

How to Treat Combined ADHD

Treating Combined ADHD often relies on a mixture of methods from treating the two types that comprise it. The exact mixture depends on the number of symptoms displayed for each in the patient.

Most often, medication in combination with behavioral therapy gets used to help them focus and find ways to tame their impulsivity. Standard good health practices such as exercise, meditation, and a diet free of excess sugar and caffeine also get encouraged to help reduce the severity of the symptoms.

When to Test Yourself or Your Child

If you’ve read over this list of the types of ADHD and their symptoms and feel as though they resonate with you or your child, you may wonder when it’s appropriate to go and get tested. In most cases with children, doctors will order or agree to a test if the child experiences six or more common symptoms of either subtype for six or more months.

As an adult, it can be tricky to get tested, especially since most physicians still treat ADHD as a childhood disorder. You may need to prepare yourself to self-advocate to your doctor, especially if you or your child are female. ADHD gets diagnosed far more often in boys than girls, so prepare to fight for your right to treatment.

Are There Any Benefits to ADHD?

As much as we’ve spoken on the disruptive potential of the types of ADHD, this condition can offer its benefits. Many creative and enthusiastic people have found ways to work their conditions to their advantage. Some athletes use the excess energy ADHD provides to boost their performance in their sport of choice.

While ADHD is a lifelong condition, it needn’t always be a lifelong struggle. Don’t neglect to look at the positive impacts it can have.

There are three major types of ADHD diagnosed in children and adults, each with its own symptoms list and treatment methods. Getting a diagnosis can prove tricky, especially if you’re out of the common age ranges in which it usually shows up. However, if you’re willing to do your research and self-advocate, you can and will find ways to discover and treat whichever type of ADHD you have.

If you need more information on how you can cope with ADHD and other mental health conditions, check out our blog each day for more content like this.