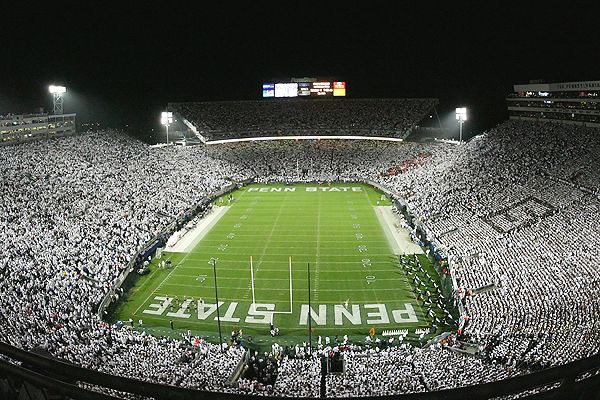 With several events that highlight American Football’s reach in the U.S., it was challenging to figure out how popular it was. In the U.S., it’s always been the dominating number one king of the sports grid. Yet, it’s only in recent years that states have proven that American football has expanded its domain to the rest of the world.

These events go from the Super Bowl to the playoffs to even the expectations generated by the NFL draft. Whether fans are just looking for odds or the best online casino, American football continues to grow as a giant in countries fans would have never expected to see tackles and throws become so popular.

Over the last decades, different studies and polls have shown which countries top the list for having the most significant population of international NFL fans. Given its geographical proximity, it does not strike as a surprise to see Mexico as the number two country with the most extensive fan base.

Mexico ranges around the 25 million fan count, and experts predict these numbers will continue to increase drastically. While some might have pointed to Europe as the home of the second-largest fan base countries, Brazil has proven to become a significant base for fans and those who are becoming fond of the NFL.

Brazil is expected to range around 20 million fans and surpass those numbers in the next several years.

Canada is ranked number three in the count, with over eight million fans.

The numbers are then split between countries such as Japan and South Korea in Asia; Germany, the U.K., and Spain in Europe.

The Reason Behind Growing Popularity

To experts, it was just a matter of time before a sport like American Football would extend to reach a world population. With the level of globalization and overall media coverage, it’s easy to see how American Football is now within reach of any fan with a mobile phone. People can also pin part of this success to the NFL.

Like FIFA as the most prominent representative for soccer in the world or the UEFA as the primary organization for European football, the NFL has stood as the central institution that promotes professional American football.

Indeed, it is an American league, yet it’s the only one with the infrastructure and organization to take the sport to the level it currently stands.

That is why much of the success can also be attributed to the proper management of the league’s expansion strategy. Marketing has played a significant role in its expansion, yet the level of organization has also taken the sport outside of the U.S. in recent decades.

With expectations for more games to be played in cities like Mexico City, Munich, and London, the list could quickly expand. Therefore, this recognition is attributed to an effort to make the most of one of the most well-organized sports institutions in the world.

With full media coverage, distribution of merchandise worldwide, and a unique way to present and deliver the final product, the league has become well recognized around the globe. As a result, much of the league’s planning is now devoted to making the Super Bowl a special day in countries where football has never been mentioned as a popular sport.

The Future of American Football in the World

To most league experts, the popularity of American football will continue the rise.

With the growing demand for games and special events conducted outside of the U.S., expectations have continued to grow in many other countries. Fans are now becoming more willing to travel and pay for tickets to attend their favorite games.

Unquestionably, the league will continue to expand in the U.S. and internationally. Some are hopeful about the creation of a World Football League, but for the moment, the NFL will remain the leading organization behind the sport.