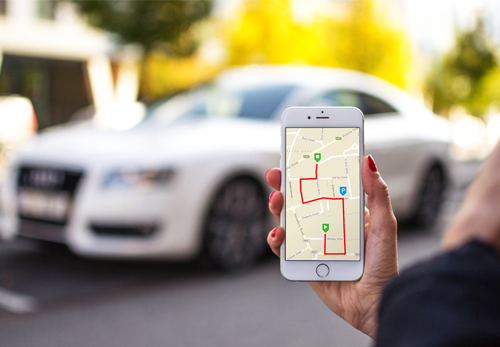 For a teenager, getting to drive a car is no less than winning an Oscar but for a parent, it can be a nightmare.  Driving is the first significant step toward adulthood, freedom, and independence. Teens these days are very keen on what they do. If they decide they want to drive a car they will, whether parents permit or not.

If parents tell them not to touch the car they will sneak out anyway but make no mistake that the first few years of driving are among the most dangerous periods of your teenager’s life. Parents should be alert on how kids are driving and also keep a track on what they do and where they go.

Most teens plan to sneak out of the house with their friends. But it is observed that nothing good happens when a group of teenagers get out together in a car without the company of adults. As a parent, you tendto think if there’sanything that could monitor your child’s driving from the inside of the vehicle and the vehicle’s speed from anywhere in the world in real time. Could this device let you seeif your child is texting while driving, over-speeding, playing loud music, or driving with people s/heis not supposed to. With a dash cam, you can record and monitor your child’s driving habits and do so in real time. Also, you can even keep track of your teen through a teenage vehicle tracking device.

What is a teen vehicle-tracking device?

Teenage vehicle tracking device allows you to monitor the driving behavior of your teen, at any point of time. With a teen vehicle-tracking device, you can easily get the whereabouts of your teen. It notifies you the very moment your child exceeds the speed limit or is driving along with unknown people,as well asmany other concerns.

What is a dash cam?

A dash camera is a camera installed within the vehicle to record the inside and outside of the car. Dash cams come in both one camera andtwo camerasetup. The footage is stored in a memory card or on Cloud, so it can be viewed in future.

One such device is KENT CamEye that not only has a dash cam but also a tracking device. It has dual cameras that record everything happening inside and outside the car, and also allows live video streaming of either camera.

KENT CamEye is a next-generation car security system, which ensures the safety of your loved ones and the security of your vehicle. It also acts as a vehicle tracker and helps you track the real-time GPS location of the car, as well as playback the route travelled by the car on a map.

Live Video Streaming: In and around view of the car, when the car is in motion or parked, along with the option to initiate a 2-way call and talk to the occupants of the car using the built-in microphone and speaker.

Audio-video Recording on Cloud: Recording of both views of the vehicle, when the vehicle is in motion andoption of uploadingin real-time on secure Cloud storage (up to 90 days) via 4G connectivity.

GPS Tracking with Route Playback: Real-time location tracking of vehicle with playback of route travelled by the vehicle with the help of GPS tracking app.

Smart Alerts: Alerts on your phone whenever car over-speeds, AC is on while the car is parked, loud music is played in the car, or an unknown driver is behind the wheels and much more.

KENT CamEye: A savior from worries

KENT CamEye ensures the safety of your loved ones and the security of your vehicle. It also acts as a vehicle tracker and helps you to track the real-time GPS location of the car and playback the route travelled by the car, on a map.

Other relevant features of KENT CamEye

KENT CamEye offers live streamingof the inside or outside view of the car and also talk with the car occupants through the device. It also records audio and video of both views, when the car is in motion and uploads on a real-time basis on secure Cloud storage. As parents of teenagers,you are particularly worried about their whereabouts and their driving behavior. KENT CamEye addresses these problems by letting you know about their current location, their companions in the car and details about their late night trips. It also sends an alert when your teenager is driving over the set speed limit.

KENT CamEye is a non-OBD (on-board diagnostics) based plug and play device and is easy to install. Overall, Kent CamEye is one device which is a must-have for car-owning parents like you and helps you keep an eye on your car and teens when they drive out with your car.