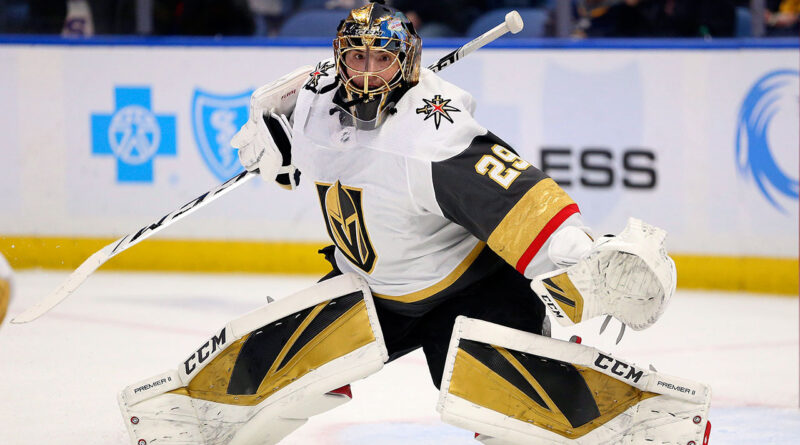 Minnesota Wild goaltender Marc-Andre Fleury struggled in Games 4 and 5 of the first round of their first-round Western Conference playoff series with the St. Louis Blues. The Wild made the decision to roll out Cam Talbot in Game 6. The result was a disaster with Talbot conceding four goals on 26 shots in a 5-1 loss to the Blues.

Fleury, who is 37, is no strange to witness changes in the Stanley Cup odds during his many postseason runs. While Fleury was always expected to be a top goaltender after being selected by the Pittsburgh Penguins with the No. 1 pick in the 2003 draft, he’s had his share of playoff successes and disasters. Here’s a look at a few of Fleury’s more notable playoff performances.

The 2009 Stanley Cup finals went to seven games with the home teams winning each of the first six games. However, the Pittsburgh Penguins weren’t expected to beat Detroit on the road in Game 7 to win the franchise’s third Stanley Cup. However, two goals from Max Talbot staked Pittsburgh out to a two-goal lead and Fleury was excellent.

Fleury would end up stopping 23 of the 24 shots he faced, but there would be no more important one than the final scramble. With less than five seconds left and Pittsburgh clinging to a one-goal lead, a rebound off Fleury’s pads made its way to the stick of Red Wings defenseman Nicklas Lindstrom.

Lindstrom fired a shot on net, forcing Fleury to make a sprawling save to preserve the win.

Best Backup in the World

While Fleury had been relegated to the bench behind Matt Murray, Pittsburgh desperately needed Fleury to play well during the 2017 playoffs. The veteran goaltender showed his mettle in helping guide the Penguins past the Columbus Blue Jackets and Washington Capitals in the first two rounds.

Fleury’s performance in Game 7 against the Capitals in the Eastern Conference semifinals would be one forever etched in Penguins’ lore. Facing a win-or-go home situation against their rivals, Fleury turned away all 29 shots he faced to record a shutout. It was the first time Fleury recorded a shutout in the playoffs since 2014.

Fleury’s first season outside of Pittsburgh was to serve as a backstop to the debuting 2017-18 Vegas Golden Knights season. There wasn’t an expectation in the preseason that the squad would accomplish too much more than a usual expansion team would. However, with Fleury in net, the Golden Knights brought some attention to hockey in the desert.

Vegas would win the Pacific Division and the success wouldn’t end with the regular season. Fleury set a new personal best with four shutouts during the Golden Knight’s run to their first-ever Stanley Cup appearance.

Vegas swept Los Angeles in the first round before turning away San Jose in six games in the second round. During each of those rounds, Fleury posted two shutouts per series.

The Golden Knights then turned away the Winnipeg Jets in the Western Conference final. Fleury would find an old rival, the Washington Capitals, waiting for him in the finals. After winning Game 1, Vegas folded and lost four straight.

During a season where the NHL had to alter its playoffs due to the COVID-19 pandemic, Vegas had the weird challenge of playing the Montreal Canadiens in the semifinals to get into the Stanley Cup. Montreal had come out of what people perceived to be the weakest division and the Golden Knights were expected to go back to the Stanley Cup finals.

After splitting the first two games in Las Vegas, Fleury would make a vital mistake in Game 3. With the Golden Knights ahead by one and 1:55 remaining, Fleury misplayed the puck behind the net and turned it over. Montreal’s Josh Anderson scored to tie the game and the Canadiens won in overtime.

Vegas would switch to Robin Lehner in net for Game 4. The Golden Knights would go on to lose the series in six games. This would mark the beginning of the end of Fleury’s time in Vegas, as he would end up with the Chicago Blackhawks.